Genetic Technology Restores Normal BMP Signaling and Suppresses Bone Cell Differentiation in a Human Stem Cell Model of FOP: Proof-of-Principle for the Treatment of FOP
Frederick S. Kaplan, MD, Josef Kaplan, PhD, Eileen M. Shore, PhD 2
In the most direct and stealth-like approach yet to the treatment of FOP, scientists at the Center for Research in FOP and Related Disorders at the University of Pennsylvania have developed a new genetic approach using small sequences of ribonucleic acid (RNA) to specifically block the damaged copy of the FOP gene in cells while leaving the normal copy untouched.
Every human being has two copies of the ACVR1/ALK2 gene in every cell in their body. Individuals with FOP have one normal copy and one damaged copy of the gene in each cell – a dangerous occurrence that causes over-activity of ACVR1 and that tips the scales to renegade bone formation, the dreaded consequence of FOP.
Using inhibitory RNA designed and engineered to specifically silence the damaged copy of the gene rather than the normal copy (a process known as RNA interference or RNAi), the scientists restored the cellular function that was deranged by the FOP mutation by virtually ridding the cells of the damaged, mutant, and dangerous ACVR1/ALK2 mRNA. The cells were essentially left with only normal copies of ACVR1/ALK2 mRNA, thus adjusting the cellular activity to normal. The tremendous advantage of this approach is that ACVR1/ALK2 activity is not abolished in the cell, but brought to more normal levels, similar to that of cells without the FOP mutation.
Imagine identical twin pilots of a commercial jet airplane. The twins are both in the cockpit. For all outward appearances, they look identical and behave identically. However, one of the twins is a good pilot and the other is a terrorist. What distinguishes 3  them is one letter in a simple instruction on how to fly the airplane, tattooed on each of their wrists.
And, as in all of genetics, the instructions are written in code words of three letters each.
The good twin’s tattoo says: “Now fly the jet.” The tattoo of the terrorist twin says: “Now fry the jet.” Just one letter difference, but the fate of the plane hangs on that one letter. The new approach developed by members of the Penn FOP research team use allele-specific (twin specific) inhibitory RNA designed to recognize the one letter difference in the tattoos, and eliminate the evil twin so that the good twin can fly the airplane without danger or interference. After the preemptory stealth attack by the allele-specific inhibitory RNA (that identifies and knocks-out the evil twin terrorist pilot) the plane is left with only one pilot, but a good responsible pilot. All is well!
In a landmark paper published in the Thursday October 20, 2011 online edition of Gene Therapy (a Naturejournal), Dr. Josef Kaplan (lead author), Dr. Frederick Kaplan, and Dr. Eileen Shore (senior author), all from the FOP Research Laboratory of the Perelman School of Medicine at The University of Pennsylvania, describe in detail this new stealth-like proof-of-principle approach for treating FOP.
FOP is a rare genetic disorder of progressive heterotopic ossification for which there is presently no cure.
FOP is caused by a recurrent activating mutant of ACVR1/ALK2, a bone morphogenetic protein (BMP) type 1 receptor that occurs in all classically affected individuals. Individuals who have FOP harbor one normal copy and one damaged copy 4 of the ACVR1/ALK2 gene in each cell. The FOP mutation (in one of the two copies of ACVR1/ALK2) increases BMP signaling to greater than normal levels and initiates the formation of a disabling second skeleton of heterotopic bone.
In their study, the authors generated specific inhibitory RNA duplexes capable of suppressing the expression of the mutant copy of the gene in connective tissue progenitor cells from FOP patients (while leaving the normal or good copy untouched) and importantly show that this approach decreased the elevated BMP signaling in FOP cells to levels observed in control cells. The cells used in the experiments were adult stem (or progenitor) cells obtained directly from discarded baby teeth of FOP patients and thus contained the exact combination of damaged and normal ACVR1/ALK2 receptors found in all classically affected FOP patients worldwide. The discarded teeth were obtained from FOP pediatric patients and normal controls in the ongoing “FOP Good Tooth Fairy Program.”
While the approach outlined in this landmark study provides proof-of-principle for the use of allele–specific inhibition of ACVR1/ALK2 in the treatment of FOP, the in vivo utility of this approach must be confirmed in mouse models of classic FOP prior to its consideration for human use. Additionally, other hurdles stand in the way of human application at the present time, most notably safe delivery of the small RNA duplexes to cells in the human body. “We have a long way to go,” acknowledge the investigators, “but we have taken a big first step.” 5
Improvements in RNAi design are advancing at a rapid rate and will enhance the stability, potency, and specificity of the inhibitory RNA allowing for long-term experiments both in vitro and in vivo. The new RNA interference approach developed by the Penn scientists can be applied to emerging mouse models of FOP providing hope for a novel therapeutic strategy to decrease and perhaps eliminate the catastrophic heterotopic bone formation in FOP patients.
************************************************************************
This work was supported in part by the International Fibrodysplasia Ossificans Progressiva Association, the Center for Research in FOP and Related Disorders, the Ian Cali Endowment for FOP Research, the Whitney Weldon Endowment for FOP Research, the Isaac & Rose Nassau Professorship of Orthopaedic Molecular Medicine, and by grants from the Rita Allan Foundation, and the U.S. National Institutes of Health (NIH R01-AR41916).
Posted by 1armbandit at 7:50 PM No comments:

Amazing News for the FOP community!

This article just came out on Sunday! The FOP gene was discovered 5 years ago this month. Click the below link to read the article that brought tears to my eyes!

We are so thankful for this. Now on to the fundraisers to keep these studies going for the cure and keep us FOPers moving!
Looking forward to the All American 5K for FOP May 28th! Don't forget to register and look for me on race day!
Posted by 1armbandit at 8:04 AM No comments:

Very excited to announce that the American 5K Run/Walk will again be held on Memorial Day Weekend, Saturday, May 28. Last year‘s inaugural race was a great success as a benefit for Lt. Dan Berschinski. I got to meet Dan in October 2009 when he was recovering at Walter Reed.  I was in DC speaking before Congress about FOP. This year, the proceeds in honor of me, go to the IFOPA.
The International FOP Association (IFOPA) is a 501(c)(3) non-profit organization supporting medical research, education and communication for those afflicted by the rare genetic condition Fibrodysplasia Ossificans Progressiva (FOP). Our mission is to eliminate FOP as a health concern through education, advocacy, research and support.  April 26, 2006 the FOP gene was discovered.  We are now just waiting for the cure!  We need your help!

To register for the All American 5K as a Runner, Walker, or Phantom Runner, click: HERE !
See you in May!
Posted by 1armbandit at 1:57 PM No comments:

Unmasking The Mystery Of FOP II: A Benefit for FOP Research

I just got back from a great weekend in Houston.  My friend Nikki (I met through the amputee community, she is a double below the knee amputee) put me up at her house.  We met through the wonderful world of Facebook.  We always met up each year at the annual amputee conference.  We met another amputee friend, Derrick for dinner Friday evening - and Sunday for dinner we met up with Thomas who is a recent amputee.
On Saturday Nikki, Brock (her husband), and I attended the Unmasking The Mystery Of FOP II: A Benefit for FOP Research in honor of IFOPA member Cody Dennings. Dinner, Dancing and Silent Auction with a Mardii Gras Flair.
It was nice to reunite with some of my FOP family.  Cody and his family live in that area; Nick and his wife came in from Dallas; Steve and his wife came in from Austin; Daunte came in from Las Vegas.  There are ONLY 5 known FOP Patients in the whole state of Texas.
The Dennings did such a fantastic job on this event! The appetizers, dinner,  desert, entertainment, volunteers, silent auction items. It was a fun filled night.  I was so pleased I could come out and be apart of this great cause.  I met so many great wonderful people at this fundraiser.
Posted by 1armbandit at 9:38 PM No comments:

Well here I go. I have been on Facebook for years and recently joined Twitter. So I thought now was a great time to start blogging.
I am a rare, unique individual. I'm 29-years-old and live in 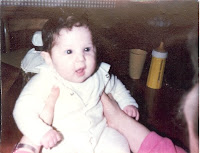 Georgia. I was born to an un-wed mother and was adopted when I was nine weeks old. Just before I turned 3 years old, I was misdiagnosed with cancer and my right arm/shoulder  was amputated. Five months after my amputation I was correctly diagnosed with Fibrodysplasia Ossificans Progressiva, or more commonly known as FOP. FOP is one of the rarest, most disabling genetic conditions known to medicine. It causes bone to form in muscles, tendons, ligaments and other connective tissues. Bridges of extra bone develop across joints, progressively restricting movement and forming a second skeleton that imprisons the body in bone. There are no other known examples in medicine of one normal organ system turning into another. FOP affects less than 700 known cases worldwide.  I am the only amputee with FOP.
In 1988 the International FOP Association (IFOPA), a 501(c)(3) non-profit organization, supporting medical research, education and communication for those afflicted by FOP was established. Our mission is to eliminate FOP as a health concern through education, advocacy, research and support. 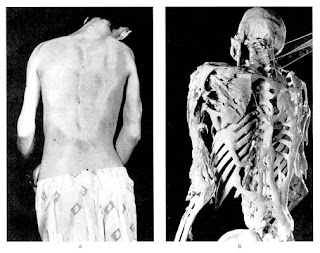 FOP is a part of my life but it doesn't define who I am. I want to use my blog as a platform to not only showcase what's happening in my life but also to educate others about my disease. I truly believe that education is power and the more I educate those that I come in contact with the more recognition will come to FOP.
I’m excited to see where my blog goes.  I have many adventures past and present to share and look forward to blogging my life's adventures.
Posted by 1armbandit at 8:57 PM 3 comments: